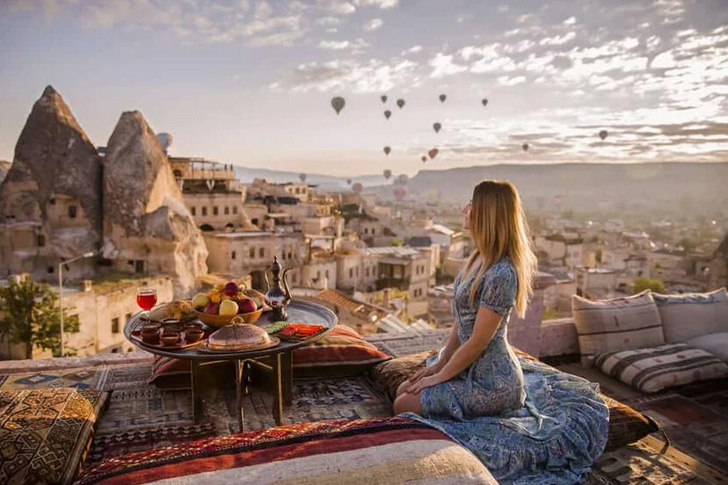 Cappadocia is located at the center of Turkey’s Anatolia Region. The place has so much to offer and is best known for its unique landscapes and hot air balloons. From above, Cappadocia looks like a never-ending sea of rock formations. It is surrounded by volcanic mountains of Erciyes, Hasan, and Melendiz. But it does not mean that you will have lava as flooring. The volcanic ash and lava are consolidated to form a soft layer of tuff. Over the years, the elements molded, and it became the key area of the place. These natural causes have shown features such as the towering pillars, also known as “fairy chimneys.” The place also offers cave churches, houses that are carved in rocks and underground cities.

Yes, the place has a lot to offer, but tourists flock the spot for its hot-air-balloons.

Most of the testimonies of the travelers that have experienced the hot-air-balloon in Cappadocia have shared that it is totally worth it. From the moment that it gets lifted, you will then, little by little, be able to appreciate the breathtaking view. 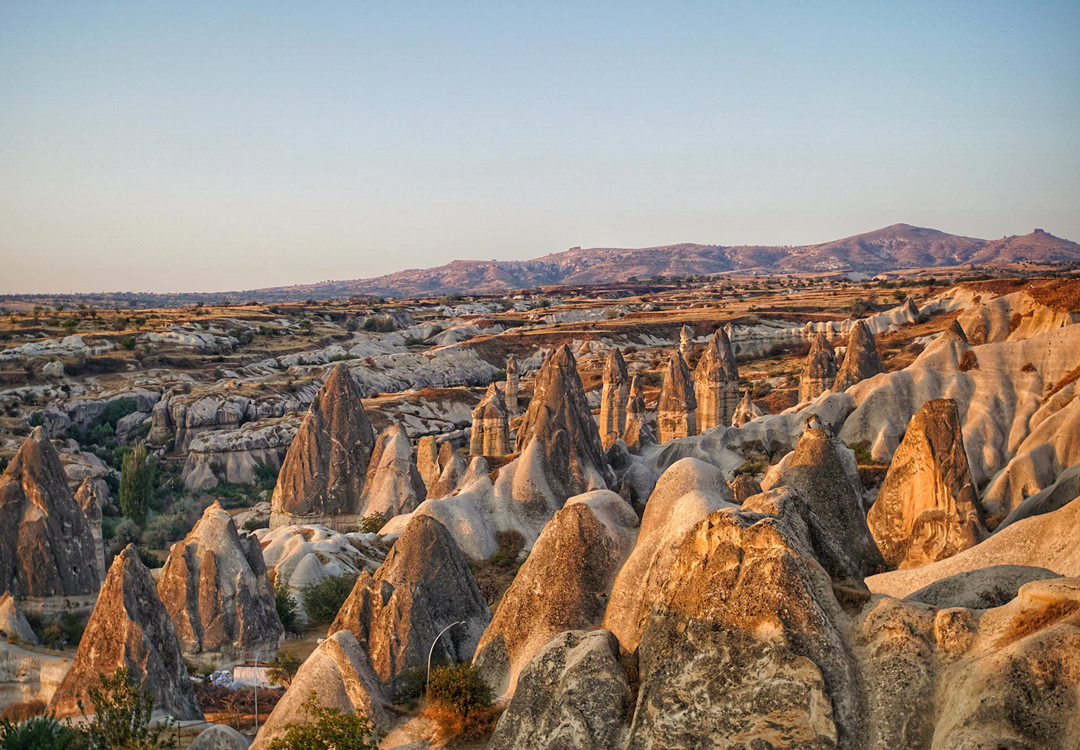 Here are some points that you want to take note about the region:

Language: The major language in the region is Turkish. However, some parts of the population also speak Kurdish. It is not that intimidating though, as they use the familiar Latin alphabet, and the English language is also widely spoken.

Currency: For their currency, the Turkish Lira TL100 is equal to USD 17.32 and EUR 15.71 as of November 2019. Some of the establishments may accept Euro and US currencies, but it would be best to pay in lira because it might be more expensive to pay using foreign currencies.

Modes of payment: Cash would be your safest choice, but some establishments also accept credit cards. You would rather have to exchange currency for hassle-free transactions, though.

Safety: It is common to think about your safety, especially if you are going to visit a new country. But traveling to Cappadocia is considered to be harm-free as there have been no significant tourist incidents so far. You may encounter some agents that would try to persuade you for a certain tour that is more expensive or some taxi drivers that will not use a meter to charge you more, but you could always refuse those offers. These types of offers are pretty much common in other countries.

Electricity Info: The regions typically use 220V, 50Hz and socket Type F — a socket that accepts the plugs with two round prongs. It would be best if you bring your own socket adapter just to be safe. 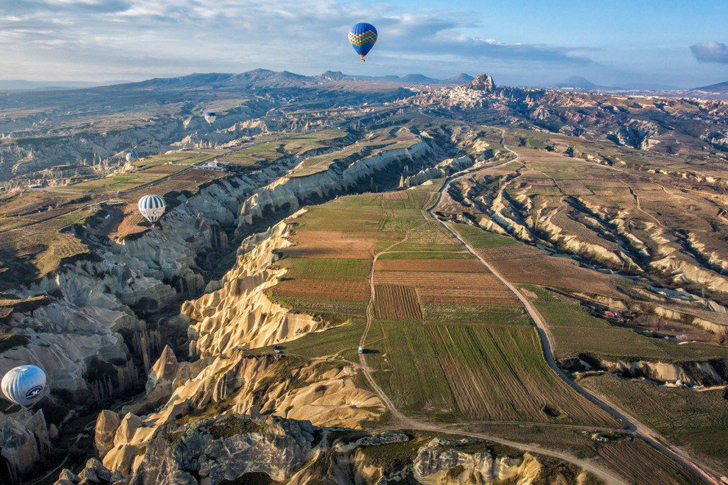 When is the Best Time to Visit Cappadocia?

As per the locals, the ideal months to go there are in the months of March-May, which is during spring and October- November, which is autumn. These are the months when the temperatures are comfortable, and the crowds are manageable.

Ideally, the months that you would want to visit Cappadocia would still depend on your purpose of visit. If you would want to go there just for the hot-air-balloon, then you might want to book in the months of June-August, which is summer. But it may be too hot and too crowded. Also, it will be a bit more expensive. Nevertheless, you will always have the guarantee to fly.

Based on Materials from The Poor Traveler
Photo Sources: The Outbound, Sofi Adventures, Earth Trekkers